Agnes Scott College offers 34 undergraduate majors and 31 minors and
is affiliated with numerous institutions, including Georgia Institute of Technology and Emory University School of Nursing. Agnes Scott College, founded in 1889, is an independent national liberal arts college for women. It sits on 100 acres shaded with some of the state’s oldest trees in Decatur, a city that lies six miles from the center of Atlanta. MARTA (Atlanta’s rapid transit) stops three blocks from campus.

The Atlanta University Center Consortium (AUC Consortium) is the largest contiguous consortium of African Americans in higher education in the United States. The center consists of four historically black colleges and universities (HBCUs) in southwest Atlanta. The institutions included in this consortium are Clark Atlanta University, Spelman College, Morehouse College and the Morehouse School of Medicine. The consortium structure allows for students to cross-register at the other institutions in order to attain a broader collegiate experience. They also share the Robert W. Woodruff Library, a Dual Degree Engineering Program, and Career Planning and Placement Services.

Clayton State University is a four-year public university located in Morrow, Georgia, about 15 miles from Atlanta. Clayton State’s roughly 7,000 students can choose from eight master’s degree programs and 40 baccalaureate majors offered through the colleges of Arts and Sciences, Business, Health, and Information and Mathematical Sciences, as well as the School of Graduate Studies. Clayton State was the third public institution that required every student to have access to a notebook computer, making it one of the “Notebook Universities.” The Clayton State Lakers field 12 intercollegiate sports and compete in the NCAA Division II Peach Belt Conference (PBC); their women’s basketball team holds a NCAA Division II National Championship.

Emory University – U.S. News and World Report, in its 2014 rankings of the best colleges and universities in the United States, placed Emory 20th in the national university rankings. Emory’s main campus is located in the Druid Hills section of unincorporated DeKalb County. The university has nearly 3,000 faculty members; awards and honors recognizing Emory faculty include the Nobel Prize, the Pulitzer Prize, National Humanities Medal, Guggenheim Fellowship, Fulbright Fellowship, and membership in the American Academy of Arts & Sciences and the National Academy of Sciences. Emory is home to 7,656 undergraduates and 6,580 graduate and professional students (Fall 2012).

Georgia Piedmont Technical College was established in 1961, is one of the oldest and respected of Georgia’s 33 technical colleges. Students have the opportunity to attend classes at one of two campuses and five centers conveniently located throughout the metro area. In 2010, the College served 24,590 students and conferred 1,118 awards to graduates earning associate degrees, diplomas and technical certificates of credit. Graduates have a 99 percent job placement rate with 69 percent graduate placement in jobs in or related to their program of study or in further education.

Georgia Perimeter College with a total enrollment of 23,619 is the largest associate degree-granting college and the third largest institution in the University System of Georgia. International students account for 15 percent of the total student population and represent 157 countries. It takes in more undergraduate students each fall semester, accepts more transfer students and sends more students on to other institutions than any other USG institution, accounting for more than one-third of all transfer students.

Georgia State University was founded in 1913 it offers dozens of nationally ranked and recognized academic programs. Georgia State University is one of the Southeast’s major public research institutions. It is among the top 100 public universities for doctoral degrees awarded. More than 250 degree programs with 100 fields of study are offered at the bachelor’s, master’s, specialist’s and doctoral levels. Students may enroll in day or evening classes and in part-time or full-time study. GSU had 32,000 undergraduate and graduate students as of fall 2012 with 8 colleges and schools.

Georgia Tech – The Georgia Institute of Technology is one of the nation’s top research universities. Undergraduate and graduate degrees are offered through the Institute’s six colleges: Architecture, Computing, Engineering, Sciences, the Scheller College of Business, and the Ivan Allen College of Liberal Arts. Georgia Tech is consistently ranked in U.S. News & World Report’s top ten public universities in the United States. There are nearly 1,000 full-time instructional faculty and more than 21,500 undergraduate and graduate students. It is a part of the University System of Georgia and has satellite campuses in Savannah, Georgia; Metz, France; Athlone, Ireland; Shanghai, China; and Singapore. Georgia Tech is consistently the only technological university ranked in U.S. News & World Report’s listing of America’s top ten public universities. In addition, the College of Engineering is consistently ranked in the nation’s top five by U.S. News.

Mercer University is one of America’s oldest and most distinctive institutions of higher learning, offering rigorous programs that span the undergraduate liberal arts to doctoral-level degrees. With more than 8,300 students enrolled in 12 schools and colleges on campuses in Macon, Atlanta and Savannah, and at four Regional Academic Centers around the state, Mercer is consistently ranked among the nation’s leading institutions by such publications as U.S. News & World Report and the Princeton Review.

Oglethorpe University is consistently listed among the best colleges in the Princeton Review and Forbes and has been named to the President’s Higher Education Community Service Honor Roll since 2006. Oglethorpe is located on a beautiful, self-contained Gothic campus near Atlanta’s Buckhead neighborhood. The school offers small, personal classes in academically rigorous programs (including an individually planned major, which presents nearly endless options); partnerships with 20 Atlanta colleges and universities, including Emory, Georgia Tech and SCAD; a graduate program in education; and signature programs such as Urban Ecology, Rich Urban Leadership Program, the Honors Program, the Oglethorpe University Museum of Art, and Georgia Shakespeare, the campus’s professional theatre-in-residence. Scholar-athletes participate in 16 varsity sports, including recently added teams in men’s and women’s lacrosse, and is a member of the NCAA Division III Southern Athletic Association.

Southern Polytechnic State University was Founded in 1948 students study the sciences and technologies. Located on 203 acres of naturally wooded landscape in the historic and vibrant city of Marietta, they are 20 minutes from downtown Atlanta. Approximately 5,500 students study here, including student representation from 36 states and 64 countries. They offer both traditional and non-traditional students at the undergraduate, graduate and continuing education levels; in engineering and engineering technology, the sciences, applied liberal arts, business and professional programs.

University of Georgia has seen its academic reputation and enrollment continue to rise markedly since Georgia’s HOPE Scholarship program was started in 1993. The average SAT for students entering University of Georgia in 2012 was 1915 out of 2400 and the average GPA was 3.88.The national college rankings place UGA among the top 20 of all public universities in America and a top 10 best value. Their primary campus is located on 759-acres. The university offers over 140 degree programs in a wide array of disciplines spread across multiple campuses. The University of Georgia is organized into eighteen schools and colleges. The university has three main campuses; the largest one is the main campus in Athens, Georgia and the two others are located in Tifton, Georgia and Griffin, Georgia. The University of Georgia also has two satellite campuses located in Atlanta and Lawrenceville. Enrollment is 26,151 undergraduate, 6600 graduate students, and 1600 professional students.

As a leading city in the U.S. for higher education, Atlanta prides itself on its active student population and 22 institutions of higher learning. Both traditional and non-traditional students can take advantage of a wide range of degree and certificate programs, from the arts and sciences to medicine and law. With its large concentration of colleges and universities within its borders, Cobb County is a great place for students to earn their degrees, while also taking advantage of the recreational opportunities the county has to offer.

Kennesaw State University
www.kennesaw.edu
(770) 423-6000
As the third largest university in Georgia with more than 24,600 undergraduate and graduate students, Kennesaw State University (KSU) offers 80 bachelor’s, master’s and doctorate degree programs. It has been a four-year institution since 1976 and is accredited by the Southern Association of Colleges and Schools. KSU offers a wide range of programs from education, health, science and math to public administration and its recently introduced Ph.D. program in international conflict management, KSU’s local and national reputation is gaining steam. It has been recognized as one of the top universities in the region by U.S. News & World Report. KSU’s nursing program has the distinction of being the largest such program in the state, and its graduates are highly sought after in the medical community. In fact, many KSU graduates enter the job market prepared for careers in fields as wide ranging as communications and podiatry. A new certificate program in social media marketing shows that the university keeps up with trends in the job market.

Southern Polytechnic State University
www.spsu.edu
(678) 915-7778
Founded in 1948 as a two-year division of Georgia Tech University, Southern Polytechnic State University (SPSU) has long attracted students eager to study engineering, technology and applied liberal arts. It relocated to Cobb County in 1961, and was accredited in 1970 as a four-year university. Since then, it has become one of the state’s leading educators in the fields of technology and engineering and an important part of the economy and job growth in Cobb County. Its enrollment of 6,500 students represent 36 states and 64 countries. In addition to its diversity, SPSU has also long been considered one of the best values in the Georgia University System. It recently received recognition from U.S. News & World Report for its online graduate computer information technology programs. Big changes are on the horizon for SPSU: In November 2013, it was announced that the university would merge with nearby Kennesaw State in August 2015.

Life University
www.life.edu
(770) 426-2600
Founded in 1974, Life University is best known for having the world’s largest chiropractic program. Over the past few years, it has expanded its academic curriculum and now offers a variety of degrees in programs like health care, science, business, psychology and other general studies fields. Its health programs teach the principle of vitalism, or the understanding that all living organisms are self-organizing, self-developing, self-maintaining and self-healing. Though it is a private school, U.S. News & World Report ranked Life No. 5 on its list of affordable private tuitions. Its rigorous coursework and innovative programs like Practice, Excellence, Art and Knowledge (or PEAK), an internship program that helps chiropractic students understand what is necessary to succeed in a practice, ensure that Life students are ready to hit the ground running in their professional careers as soon as they graduate. With an undergraduate population of more than 800 students, Life boasts a student-faculty ratio of 16:1. In their spare time, Life students stay busy cheering on their nationally ranked rugby and track teams.

Chattahoochee Technical College
www.chattahoocheetech.edu
(770) 528-4545
In 2009, three schools within the Technical College System of Georgia came together to form Chattahoochee Technical College (CTC). The college’s eight campuses serve students in six counties in the Atlanta metro area, as well as those seeking degrees online. In Cobb, there are campuses in Austell, Marietta and Acworth. Altogether, about 20,000 students attend CTC each year. Degree programs include marketing management, accounting and television production, while those seeking certification or continuing education can pursue paralegal studies and CPR, among other topics. Students at CTC have won awards and accolades in competitions ranging from robotics to film. The return on investment from the community is profound: A study by the Selig Center for Economic Growth at the University of Georgia’s Terry College of Business estimates that regional spending associated with CTC in adds up to more than $104 million in both the public and private sectors. 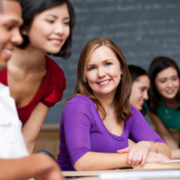 Below is contact information about the main higher education universities in the Atlanta area.