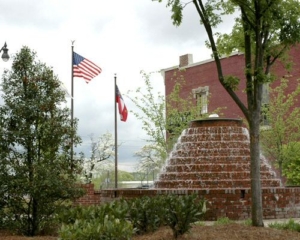 Nicely situated in the foothills of the Appalachian Piedmont and bordered by the Chattahoochee River, Douglas County is a very enjoyable and scenic place to live. The county is about 20 miles outside of Atlanta, so all of the amenities in the city are easily accessible. Some of the nature attractions in the county include Sweetwater Creek State Conservation Park, Dog River Reservoir, and Clinton Nature Preserve. Douglas County is a very attractive place to live for those who love being in nature while still close to a large city. 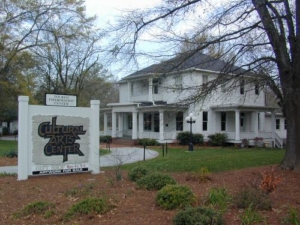 Located at a natural rise in the topography, Douglasville was originally known as Skint Chestnut. The name derived from a large tree used by Indians as a landmark, which was stripped of its bark so as to be more conspicuous.

The Town of Douglasville was established by the Georgia General Assembly on February 25, 1875. The boundaries were as follows: The center shall be a point directly opposite the court house in said town, on the Georgia Western Railroad, thence running along the center of said road each way three-fourths of a mile, and extending one half mile each way from the center of said road, the form of said territory to be an oblong square.

An election was held on the first Saturday in March, 1875, and a mayor, treasurer, records (secretary), and marshal were chosen. Thus began the official history of Douglasville, today one of the most attractive, historic parts of the Atlanta metro area. As you might suspect, however, the real stories and history extend back much earlier than 1875.

The core area of downtown Douglasville is listed on the National Register of Historic Places as an historic district; an outstanding example of a turn-of-the-century southern railroad town. The majority of the buildings are one- and two-story brick structures dating from the mid-19th century into the early to mid-20th century. Most are of Victorian era commercial design set flush with the sidewalk. Styles of the buildings include Victorian with details of the Romanesque, Italiante, and Queen Anne periods. Many of the doorways and windows have Gothic arched openings and hooded windows. The dominant landscape feature is the railroad right-of-way running east-to-west through downtown.

While downtown continues to host a diversity of professional, retail, and government functions, the construction of Interstate 20 through Douglasville several miles to the south of downtown drew much of the retail shopping activity into corridors perpendicular to the interstate highway at the locations of exits for state highways 92 and 5. Arbor Place, a 4 million square foot regional mall at the intersection of Interstate 20 and Chapel Hill Road, will further diminish the central role of downtown in meeting residents´ primary shopping needs, but creates wonderful opportunities for continued development as a location for specialty shops and restaurants.

Douglasville enjoys an excellent business climate as evidenced by its tremendous growth in a variety of business sectors. The City maintains a competitive property tax rate, has developed a streamlined and fast track permitting process, and demonstrated a willingness to provide aggressive incentives for quality new and expanding business ventures.

Being part of Metro Atlanta allows Douglasville businesses easy access to a number of internationally acclaimed support services such as the Georgia Institute of Technology, Emory University and Hospital, and the Centers for Disease Control and Prevention.

Arbor Place Mall is the largest indoor shopping venue west of Atlanta with 1.3 million square feet of shopping and dining. See one of Hollywood’s latest movies with over 20 theatres from which to choose. There is also an automobile-themed indoor playground by the food court.

West Pines is one of Atlanta’s most affordable golf courses. It is a daily fee public golf course that offers private-club quality. 18 holes; 6,832 yards; par-71. Practice green and driving range.

The Old Douglas County Courthouse was constructed in 1956, and was used until 1998 as the County government headquarters. It is now home to the Douglas County Museum of History and Art which includes permanent and unique changing exhibits of mid-20th century Americana reflecting the Era of the Old Courthouse.

Hunter Memorial Park is named for 1st Lt. Robert Gerald “Jerry” Hunter, a brave U.S. Air Force Pilot who in 1966 became Douglas County’s first casualty in the Vietnam War. While at the park, take a ride on the mini-train or walk the paved 1/3 miles level path.

Villa Rica is located only 35 miles from the City of Atlanta, and it is right off Interstate 20. Two famous people call Villa Rica home: Asa Candler, the founder of Coca-Cola, and Thomas A. Dorsey, the Gospel Music founder. The first Gold Strike in Georgia took place in Villa Rica, and the Pine Mountain Gold Museum allows visitors to walk along the same trails where the miners walked, pan for gold, and see the museum. Historic Downtown Villa Rica is filled with authentic architecture as well as unique shops and restaurants. Downtown Villa Rica also has many professional offices, including dentists, insurance agents, accountants, and stockbrokers.